it has been ten days since minecraft steve was announced for smash bros. the world has devolved into a state of anarchy and chaos, the announcement imbalanced everything and now there is little chance of saving it. “new normal”? there is no normal anymore. keep your loved ones close. you do not know what the powers that be have planned next.

How much do you think you could sell the world for? I place it's value at about $24 total, although if you take the water away it'd only be about $8.54 value left.

how much more can you make things break? we are mere minutes before total collapse comes. you can speed that up

i do not see the air wearing black tinted sunglasses and thus how on earth could it be “cool”. and dont get me started on the lack of a hat

And there's no way to stop this, there's no way we can push this back further... No. The date of the last day cannot be changed. And we all just... die, after? Presumably, yes. There's a chance that all of this is bullshit, but it likely isn't. There isn't anything i can do about that. I'm so sorry for you. ...no you're not. ...yeah, you're right. i'm not. look forward to your last days, I guess.

hey sorry for the lack of updates lately uh,

lost story short: haven't been doing a lot of writing lately because a) work, b) been drawing more than i have writing 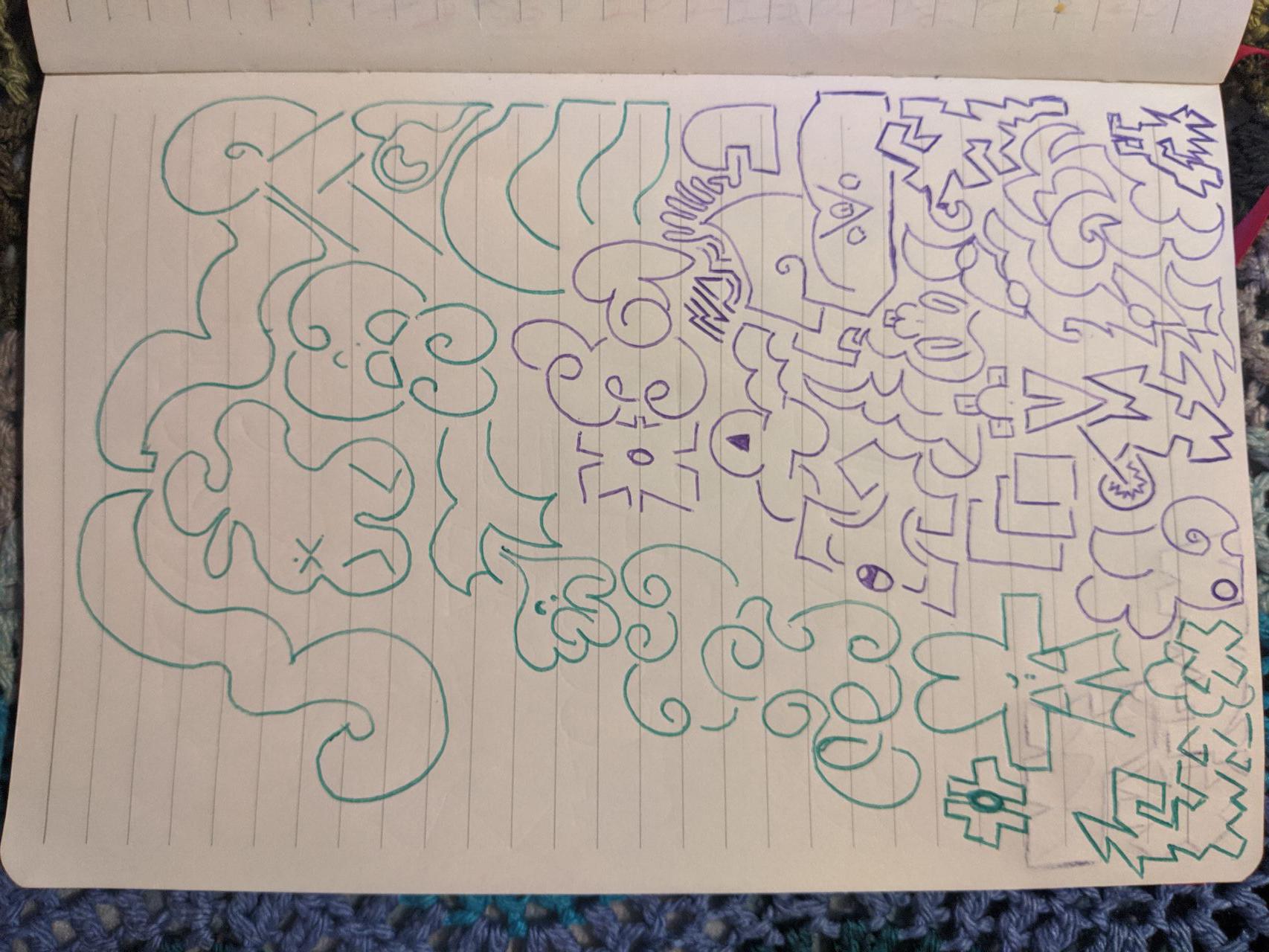 “It’s a broken head.” You look down at the shattered statue head which now sits at your feet, cracked in half where it’s eye should be. The eye itself is nowhere to be seen – it seems to have rolled away.

You raise your hands – “Look, I swear I didn’t mean to, it just dropped out of my reach, OK?”

“Wrong! We have the evidence! We saw you throw that orange!”

CHECK IT OUT – LUMINES

So I’ve been playing a lot of lumines lately, it’s become somewhat of an obsession. If you’re unaware of what lumines is, it’s a music puzzle game made by Tetsuya Mizuguchi (Rez, Tetris Effect) where you rotate 2x2 blocks to form squares, accompanied by music and sound effects. It’s quite entrancing when you properly get into a game, and some sessions can go for as long as an hour if you’re good enough!

There’s quite a lot of titles in the series and I’ll be going over some of the ones I’ve played and what I like about them, as well as taking a look at a couple of obscure mobile games in the series. Let’s start with...

“shit!! quickly, get a glove on that thing before it gets everywhere!!”

you slip a glove onto where your hand used to be, letting it cover your arm. the glove quickly fills up, and rainbow fluids start seeping through and pouring onto the ground.

your friend is just... staring at you, somewhat in shock. “are you not feeling anything from this?? no pain??”

“no, not really...” you reply, looking at your arm. what was a glove shaped glove has just become round and full of rainbow. “it’s actually kind of comfortable. and i don’t feel any wooziness or like im going to faint from blood loss... i’m not sure what this is.”

your friend, meanwhile, is still panicking quite a lot, placing a bucket underneath your arm. it quickly starts to fill up. you poke a finger in the bucket, licking at a drop of rainbow. it tasted of skittles. hm

I held up the black envelope. It had no address, no markings on it, and didn’t even seem to have an opening, but something was definitely awaiting inside it. Carefully positioning my scissors on the top, I tore it open, lifting out of it a piece of black paper. The writing on it was a somewhat discoloured red, smelling of... blood. Worrying... it had this to say:

I hate it when 3D glasses don’t... actually work. It’s weird, there’s been several times where i’ve gone to my local cinema, been handed these glasses, but the color on them is always kind of off? like, instead of being red and blue, they’ll be purple and orange, i don’t get it. one day, i asked the clerk at the popcorn bar why the 3d glasses they had at the cinema were so weird, and he just smiled at me and said “Don’t ask questions you wish not to know answers to.” which made no sense, i very much did want to know what these answers were, but then he walked away from the counter and out of the movie theatre. he has since been declared missing

[[[this was intended to be an about page for a scrapped version of my website in 2018. each paragraph would link to a different section covering a different topic – however, this iteration of the website was never completed, so it was never published.]]]

[[[the basis for this idea came to my head in 2015 where i listened to youtube streams of some albums, and my head came up with a story based on what i was hearing. the ideal concept for this story is through video + audio – all the characters are mute, and the emotions and thoughts of the characters and settings are told through music. its possible for this to be retooled as a written story, however. note that this idea is still fairly rough in places. cw: death, arson]]]